3 months, 3 weeks and 3 days later we had 42 baby pigs and we were suddenly in the pig farming business – Margaret O’Farrell

Making our way up the drive we pass by a sign that reads, “Slow down, ducklings about” and are immediately aware that we have arrived upon a different pace of life. From a situation where Alfie McCaffrey and Margaret O’Farrell began to raise two pigs for themselves and their family in an attempt to have more of a connection with the food that they were eating they have steadily and organically (pardon the pun) grown into the farm and guesthouse nestling amongst the tall mature trees as if it lived there always. Old Farm near Redwood, North Tipperary, is a fully functioning farm and guesthouse where visitors through Airbnb can get a working farmhouse experience. 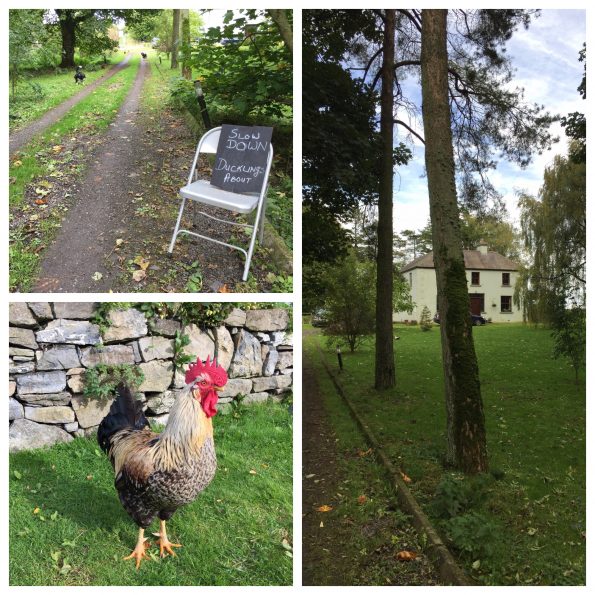 Slow down… ducklings about at Old Farm

An attempt to open a dialogue about ethical pig rearing in Ireland and a social media search for free range pork farmers in Ireland put me in touch with Margaret and Alfie who were only too happy to continue the conversation. The vast majority of pork meat produced in Ireland is in intensive rearing conditions indoors. Margaret and Alfie, and indeed a number of other committed free-range pig farmers around the country, are on a mission to educate the public and show that there is a viable alternative to factory farmed pork. Margaret describes what it was about pig farming that attracted them, “We had stopped buying pork years beforehand as it just was not a nice product. I remember even having to ring the butcher ahead of time to ask for a piece of pork to have skin on! What is pork without crackling?” she asks with perfectly valid incredulity.

“Growing food ourselves be it to sell on, or for our own consumption, we know that the animals (and hence the meat) is completely free of any antibiotics and is fed organically… We started out raising free-range (non-gmo) pigs in 2007, and have grown to now raising Zwartbles sheep, hens, ducks, turkeys and of course, we also now do AirBnB too”

As many others in the food production industry describe, Alfie and Margaret stumbled into it a bit more by accident than others! “We initially had decided to raise 2 pigs for ourselves and family. However, when Alfie went off to collect the 2 pigs, he could not resist and brought a third one home too”. Both still working full time Margaret tells of how Alfie surprised her with a decision that was to have lasting and populous consequences! “One Saturday morning I was told over breakfast that he had a confession to make and that he had bought 4 girl pigs. However he put them in the same paddock as the 3 boy pigs! Yes, you guessed it… We were suddenly in the pig farming business. Luckily we managed to sell about 30 of those babies, and then we had to find a market for the pork/bacon”. 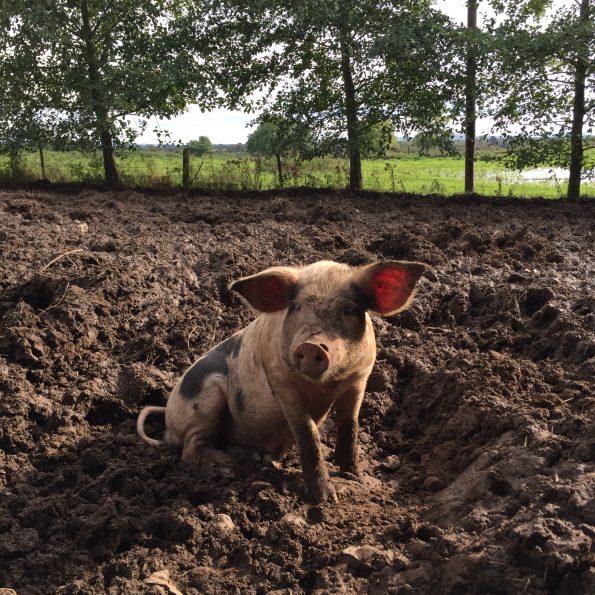 While raising pigs outdoors and organically you could perhaps be forgiven for thinking that the premium nature of the product would be a barrier but the couple explain that education presents itself as the main challenge in their area of production, “People do not know their meat anymore. Our pork is a different colour to that sold in supermarkets as pork. People do not know the cuts of meat, how to cook meat, perceive ‘fat’ as bad and forget that healthy food, free from toxins and minimally processed helps keep them healthy”. So as a result the couple have chosen not to register as organic, putting their efforts into the ethical rearing and happy life of their outdoor reared pigs, as opposed to the perceived higher price for the product. 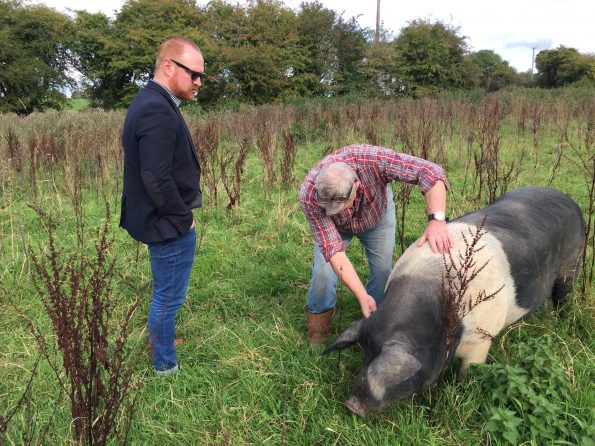 However they also understand the market opportunity that comes with the effort in this type of small farm with hand reared animals. “There is a growing awareness of ‘food’ and what it should be”, Margaret explains. “Through airbnb we host guests from around the world and dinner table conversations have shown us that there is a global awareness, and people are starting to question ‘what can we do’ to eat healthier food”.

So what does the future hold? Margaret and Alfie know only too well about the need for flexibility in food production. “In the beginning we chose to market direct to the consumer. From a practical level the reason for this was so that more of the ‘profit’ could come to us. Owing to illness last year, we have been forced to revise our business model. Previously we sold our meat via a ‘box scheme’ with a 4kg or 8kg option. For 2017 we have changed to pre-ordering a half or full pig which will be butchered according to the client’s instruction and packed according to their wishes”. 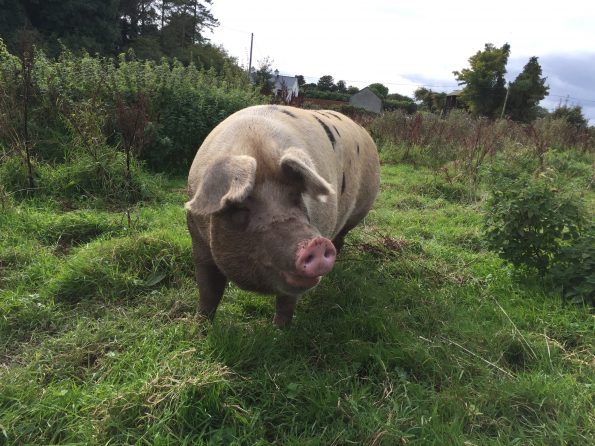 I have always said and will continue to maintain that a happier animal makes for better quality meat and this is before you even begin the argument about the importance of promoting the ethical rearing of animals. Alfie McCaffrey and Margaret O’Farrell are unequivocally and steadfastly committed to the outdoor bred, organically fed pigs that they rear and it is vitally important that we support small-scale producers like this. Ambiguity surrounding the production of our food and what we eat is widespread and turning a blind eye to the practices of many large-scale food producers only supports this. Out of all possibilities what is the one change that Margaret and Alfie would most like to see in farming? It is simply, “More pigs (and chickens and ducks) being raised outdoors in a natural environment”. That is an aspiration worth supporting. Supporting them and similar ensures that possibility is kept alive. 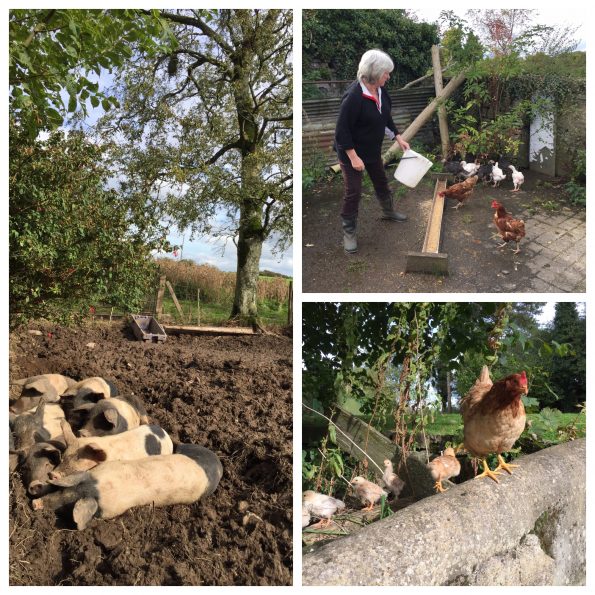 Life on the farm 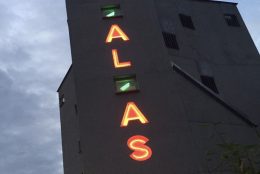 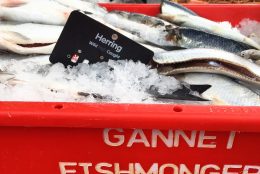