Tomato & Apple Chutney and the Preservation of Preserving

It’s coming up to the Christmas season. Don’t try to deny it, you know it’s true! I know it’s “Only October” as you keep telling yourself but most of us have at least thought about it and the very good of us may even have picked up a few stocking fillers. Tis the season to be jolly, we are told. However, it is also a season where financial pressures of the ludicrous overspending and gift giving, which we all do to bestow upon our loved-ones, can become somewhat overwhelming. It was for this very reason, along with wanting to be prepared for once, combined with my interest in cooking that I looked at alternative avenues a few years ago. The memory eludes me as to when or how I decided to make chutney. But I did, and so my love of the late autumn ritual of preserving the harvest overabundance of tomatoes, apples and many other wonders began. After a long, thought-out process of finding the perfect recipe was appeased, I began the arduous process of peeling a kilo of tomatoes. This was combined with apples, sugar, a little salt and spices into the pot. Even the eye watering, house filling, unctuous smell of boiling vinegar was not enough to put me off. I was hooked.

Filling the sterilised jars and leaving the chutney to mature in its recommended, apocalyptic sounding, “cold, dark place” could not dampen my expectation of what was to come; Christmas and the giving of the gift. I’m not saying for one second that I made the best chutney known to history, but wrapped up and gift tagged, the recipients gave a response much like they had received a jar of gold, not so much for what was contained within the contents of the jar but rather the time and effort given to those contents. And the best part was; the effort was given, not in a high street store on Christmas Eve, but in my kitchen in early October. 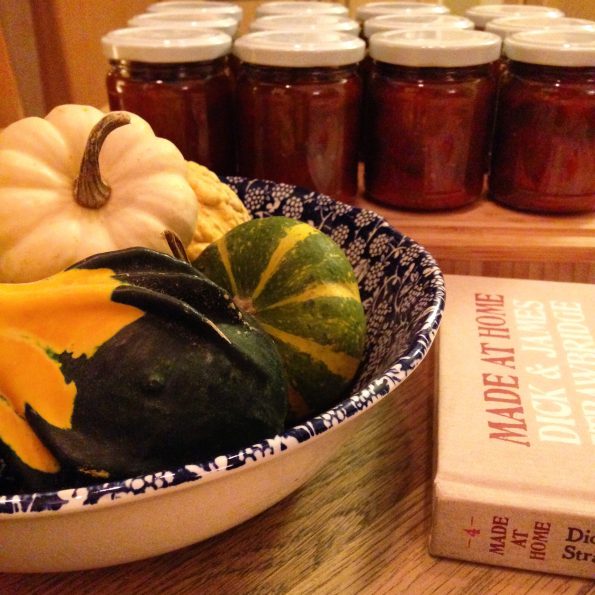 Recently though I have started thinking about the process. Not just the gift that people seem to really enjoy nor even the self-satisfying need to be prepared but the preservation of food items that, in the abundance of autumn goods, may otherwise have seen the inside of the supermarket skip. Canning in the late 19th century, along with other developments made huge inroads into enhancing the shelf-life of our foodstuffs. Electricity followed as did the development of the refrigeration unit; now a household standard. The use of vinegar for pickling, alcohol for preserving, and sugar in jams has long been used to keep the bounty of the autumn, in season fruits and vegetables, before a time when one could readily and easily attain a Peruvian punnet of strawberries in December from a supermarket shelf. Don’t get me wrong, convenience is wonderful but are we a little too reliant on it? Of course I’m not suggesting a 1940s/50s war-time situation of using mashed potato to make pastry, or carrots to simulate apricots. I’m just wondering have we become far too disconnected with what is good and plentiful, and when? There has been a big increase of interest in fermented foods, with much written about the body health and gut benefits of this process. So why not turn the focus and spotlight on other processes that attempt to capture the wonder of an ingredient, such as jam making and chutney making? Food, in season, is cheaper and has a much higher taste quality. Does it not make sense then to use these known-to-work methods of keeping this for a later time when it’s much more expensive and of a lesser quality? Does it not make sense for all of us to be involved in the preservation of preserving?

In terms of the recipe below there are just a few pointers that will help you along your way. I’ve found the measurements that I’ve listed give the best consistency and texture. Despite my first effort there’s no need to peel the tomatoes. The combination of cooking and eating apples works well but feel free to experiment. Just note that the cooking apples will break down so will add to the “liquid” content of your mixture. The eating apples provide a pleasant sweetness and, as they have a less tendency to break down, contribute to the overall texture. I’ve used many different sugars and vinegars down through the years and different varieties lend themselves to different flavour structure. Perhaps surprisingly, my recommendation is for a more simple ingredient here but of course again feel free to experiment with, for example, cider vinegar, sherry vinegar, or light soft muscavado sugar. The spices also are up for trialing and others such as cloves or cinnamon and will give a nice mellow background nuance.

With regards to sterilising there are also a few recommendations that I can give. For jars the best thing I can recommend is to put clean jars through the dishwasher at a high setting. Preheat the oven to 120°C Fan and then heat the jars on a baking tray for 5-10 minutes. Place lids, tongs, any funnels or other equipment being used into a large saucepan and fill with just boiled water from the kettle and bring to a rolling boil over a high heat. Remove lids and other items to kitchen towel and dry. Place the hot chutney into the hot jars, put on the lid. Store in a cool dark place for at least 1 month. 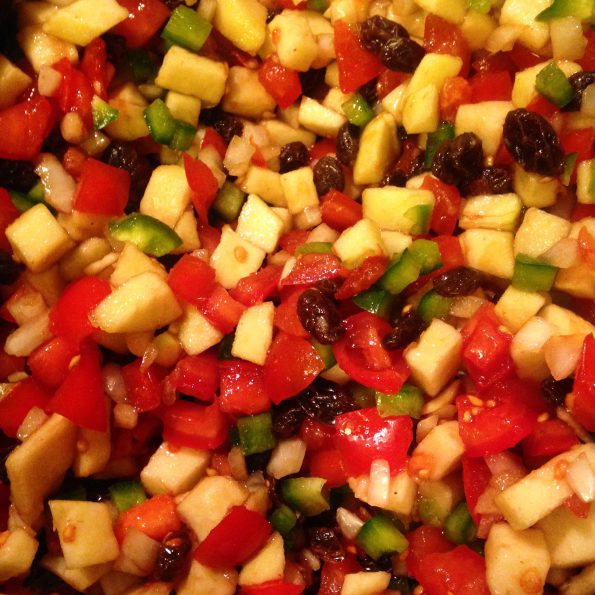 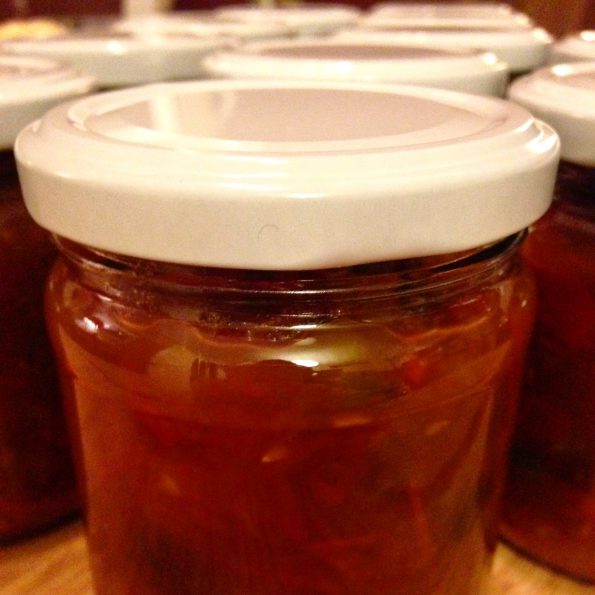 Store for at least 1 month before opening 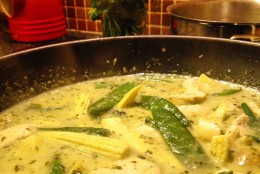 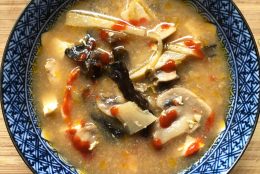 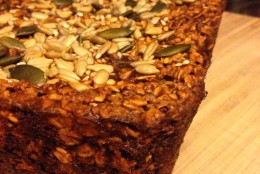