This is a guest-post by a very good friend of mine, Kieran. I was introduced to the complexities and challenges of vegetarian cooking by him a number years ago when we first became friends. I was naive when it came to vegetarian cooking but over the years I have been challenged to be creative as a cook to try to recreate flavours that are most easily available by meat products. In essence I have become a better cook as a result having to think outside the box of convention as I had understood it. Kieran is a superb cook and shares my philosophy for authenticity of ingredients in a dish and also the challenge to make that dish the best it possibly can be at home.

Vegetarianism snuck up on me. I had a few close friends who were vegetarian, but I never imagined I’d be one. Then, one random Tuesday, I noticed that I hadn’t actually cooked meat for several days in a row. I was intrigued and decided to just “give it a quick try” to see how if felt being vegetarian. That was twenty years ago. I guess it took.

When I first went vegetarian, everything I knew about cooking – that is to say the five or six favourite recipes of my mother’s that I’d memorised from home – was lost to me. I survived at first on a diet dominated by wheat and cheese. In those days, I was completely dismissive of mock meats; they seemed like cheating. I had a revelatory moment at a party. A friend gave me a vegetarian “chicken” nugget. My first reaction was to spit it out; it was too meat-like! After reassurance, my second reaction was to practically clear the plate. I’d been missing the texture of meat, the umami, and I’d been in denial because I was afraid I’d feel like a hypocrite if I admitted that to myself.

That’s a long time past, and I’ve more than made my peace with mock meats. They have their place in my cooking and I’m not afraid, or even ashamed, to serve them to my omnivore friends. I rarely, if ever, get a negative reaction.

Sometime ago I stumbled upon a recipe for “vegan pulled pork” and I was naturally intrigued. Pork isn’t something that mock meat makers have really succeeded in mimicking. I went to my local Asian food store, bought the necessary ingredient, popped it into my store cupboard and … kinda forgot about it. When our kindly host approached me for a guest blog it came back to mind as an intriguing idea for a post. Luckily, there were a couple of weeks remaining on the expiry date!

The magical ingredient in vegan pulled pork is jackfruit.  It’s a large fruit with fibrous and substantial flesh. It’s generally found canned. It can be canned in water, brine or syrup and if you’re sourcing it you need to make sure that the one you get is young green jackfruit canned in water.

I lost the original recipe that I was going to follow so a quick internet search brought me to this one from the Minimalist Baker [http://minimalistbaker.com/bbq-jackfruit-sandwiches-with-avocado-slaw/]. You can see how simple the basic recipe is: sauté jackfruit with BBQ spices and then simmer in BBQ sauce. 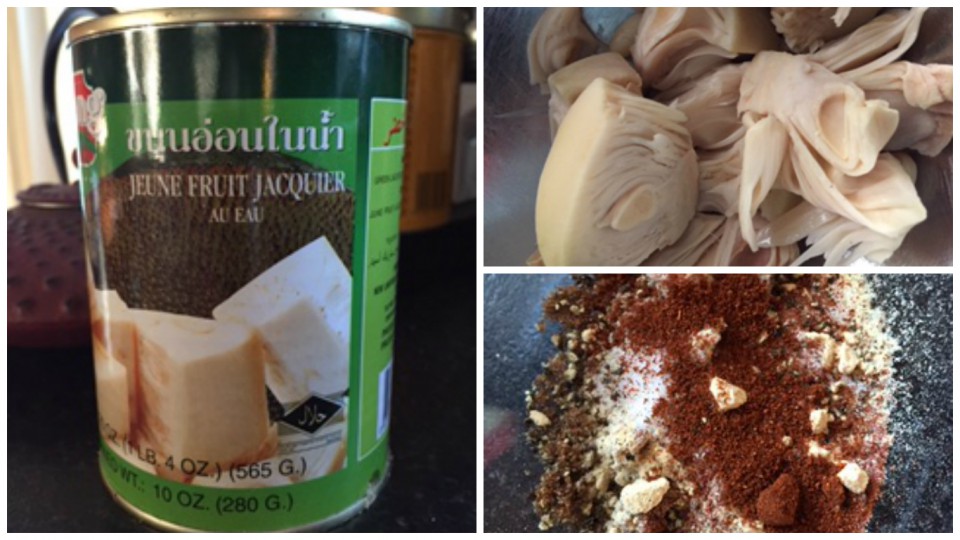 The photo shows what the jackfruit looked when it came out of the can. The smell was sweet with a slightly savoury edge. I was reminded of peach, pineapple and even baked beans. Since I’d only bought one can, I made half quantities. That was plenty for two large sandwiches.

I rinsed and dried the jackfruit pieces, tossed them in the spice mix and began sautéing them.  At this point, I realised I hadn’t removed the seeds. The seeds are large, but they’re soft textured and an internet search reassured me that they were perfectly edible. I decided to leave them in but broke them down with my spatula while cooking. If you are after a more “shredded meat” appearance, you can remove them before cooking, but honestly I didn’t notice them by the end. 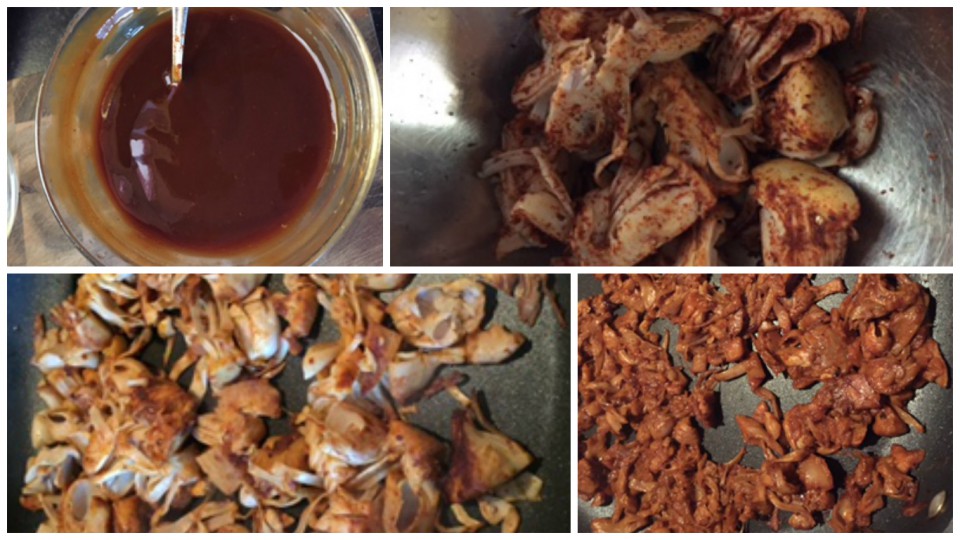 I ended up diluting my BBQ sauce with an even quantity of water, because it seemed too thick, but by the end of 35mins cooking with a lid on the pan, the whole thing was still a little wet and the vinegar in the sauce was raw-tasting. I raised the heat and cooked for a few more minutes until the liquid was all absorbed and there were a few places were the sugars had caramelised and blacked on the edges of the jackfruit pieces. You’re going to want that; that caramelization is an important flavour component. Without it, the whole thing will be too sweet.  As the jackfruit cooks it will naturally break down and separate. You can tease it apart with a pair of forks to shred it further, as I did.

Coleslaw was an easy option for the accompaniment. The crisp, fresh and slightly sour nature of coleslaw is a natural foil to BBQ pulled pork and it belongs just as well beside the rich, smoky, savoury BBQ jackfruit that is its vegan imitation.

I could have just bought some bread to hold everything but giving that this was for a blog post, I decided I’d go the extra mile and make my own crusty rolls. Why crusty? I like crusty!

The dinner roll recipe I took from Allrecipies [Click Here]. They were nice rolls, but if I was making them again for this I’d have made them larger. Each 60g portion of dough yielded a roll about the size of a tennis ball. The sandwiches ended up more the size of a slider and I’d originally intended to make large sandwiches.  Still, they were tasty – crusty on the outside while being white and fluffy on the inside and I was happy with them. And hey: it’s just an excuse to have two. 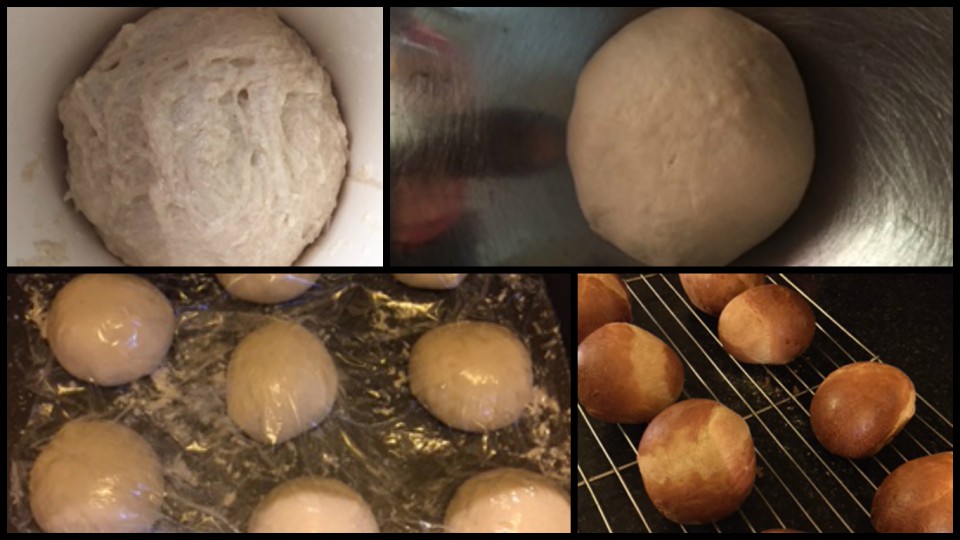 Finally to the coleslaw and this at least was my own invention. I opted for red cabbage; I find this gives a beautiful appearance to the coleslaw. I tend to go as light as possible on the dressing here. The intention is to bring the flavours together, not to drown them in dressing.

A few drops of lemon juice

Finely shred the cabbage with your knife to yield long thing strips. Peel the carrot and slice into fine julienne (matchsticks), finely slice a quarter of a small red onion. Place all these in a bowl. Add salad crème, lemon juice, salt and pepper. Toss to combine. Taste and add a little more lemon juice or salt if it seems too sweet or the flavour is a little flat. This coleslaw is best made a little in advance; the flavour will improve with an hour or so in the fridge.

If you don’t have salad crème, you can use mayonnaise (or vegan mayonnaise, if you’re cooking vegan – this is the only non-vegan element in the entire dish), but add very tiny amount of mustard to it to get a similar flavour. 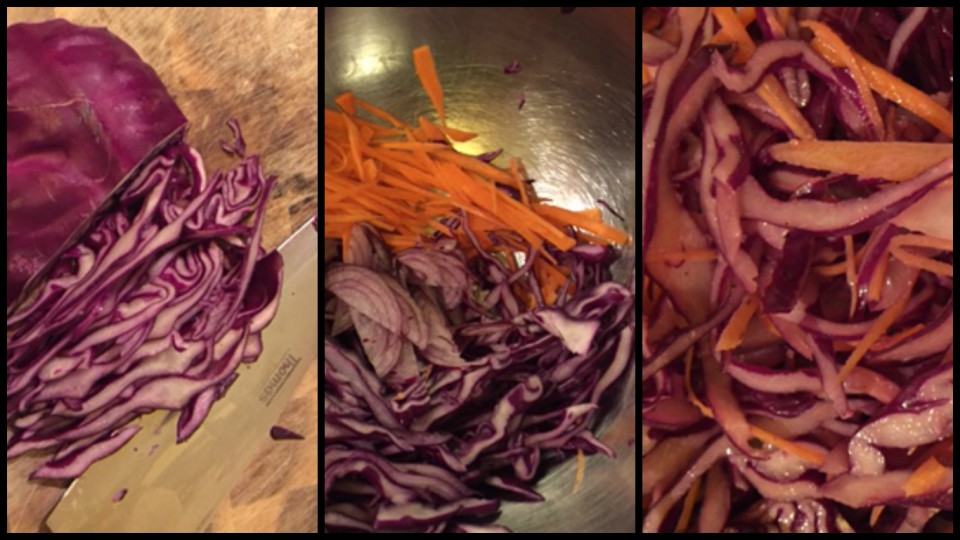 This was a big win! If I hadn’t made the rolls, the whole thing would have taken relatively little effort. The jackfruit was meaty and substantial with smoky BBQ flavours. The coleslaw was crispy and delicious and the little rolls were lovely.

Not one to rely on my own opinion I tested it on two omnivore friends and got thumbs up from both. One thought the chilli was a little too pronounced for BBQ, but that might have been a heavy hand on my part rather than the fault of the recipe. I’d definitely recommend this recipe as a highly satisfying dish that will please both meat eaters and non-meat eaters alike. 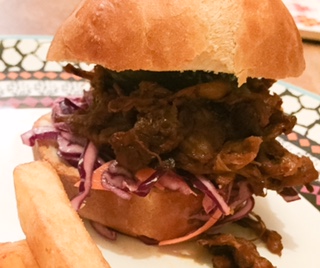 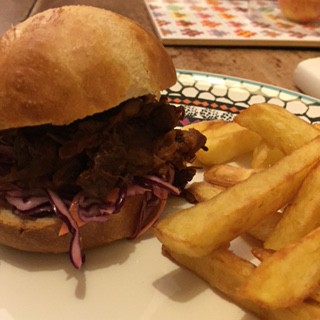 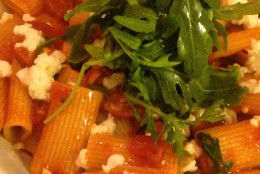 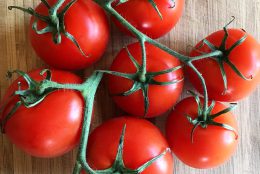 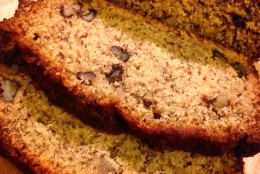